You are here: Home1 / History of the Color Purple

History of the Color Purple 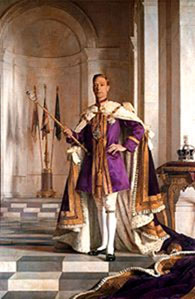 Purple was one of the first colors used in prehistoric art.

As early as the 15th century BC the citizens of Sidon and Tyre, two cities on the coast of Ancient Phoenicia, (present day Lebanon), were producing purple dye from a sea snail.  The deep, rich purple dye made from this snail became known as Tyrian purple.

Tyrian purple became the color of kings, nobles, priests and magistrates all around the Mediterranean and Europe. It was mentioned in the Old Testament; In the Book of Exodus and was also mentioned in both the Iliad of Homer and the Aeneid of Virgil.  Alexander the Great, the basileus of the Seleucid Empire, and the kings of Ptolemaic Egypt all wore Tyrian purple.

Purple became the imperial color worn by the rulers of the Byzantine Empire and the Holy Roman Empire, and later by Roman Catholic bishops. Similarly, in Japan, the color is traditionally associated with the Emperor and aristocracy. 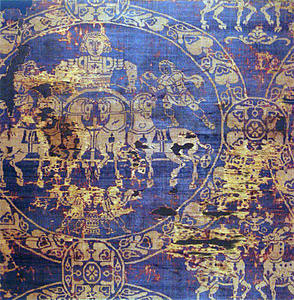 Fragment of the Shroud – Emperor Charlemagne

During the Roman Empire, purple was more and more associated exclusively with the emperors and their officers. The Emperor Caligula had the King of Mauritania murdered for wearing a purple mantle better than his own, and Nero made it punishable by death for anyone else to wear the color.

Through the early Christian era, the rulers of the Byzantine Empire continued the use of purple as the imperial color, for diplomatic gifts, and even for imperial documents and the pages of the Bible. Gospel manuscripts were written in gold lettering on parchment that was colored Tyrian purple. Empresses gave birth in the Purple Chamber, and the emperors born there were known as “born to the purple,” to separate them from emperors who won, or seized the title, through political intrigue or military force.

In western Europe, the Emperor Charlemagne was crowned in 800A.D. wearing a mantle of Tyrian purple, and was buried in 814A.D. in a shroud of the same color, which still exists today. It was made of gold and Tyrian purple from Constantinople. 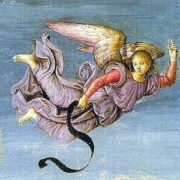 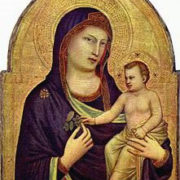 Purple and violet also played an important part in the religious paintings of the Renaissance. Angels and the Virgin Mary were often portrayed wearing purple or violet robes.

In the early 20th century, purple, green, and white were the colors of the Women’s Suffrage movement, which fought to win the right to vote for women, and later, in the 1970s, in a tribute to the Suffragettes, it became the color of the women’s liberation movement. 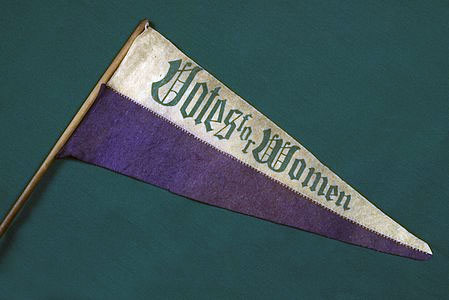 Pennant from the Women’s Suffrage movement

In modern times, Tyrian purple has been recreated, at great expense. When the German chemist, Paul Friedander, tried to recreate Tyrian purple in 2008, he needed twelve thousand mollusks to create 1.4 ounces of dye, enough to color a handkerchief. In the year 2000, a gram of Tyrian purple made from ten thousand mollusks according to the original formula, cost two thousand euro, keeping it one of the most rare and treasured dyes even in this day and age.

Purple is truly the color of intrigue and decadence!